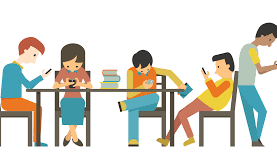 Not long ago, there was an alarm on the rise in usage of drugs and alcohol with an increase in sexual intercourse among secondary school children. As is the norm, various parties involved shunned the act, a few arrests were made and the students were released on bail, however, the underlying cause of the problem remained largely unresolved.

The rise in the cost of living has pushed a larger section of the population to the walls where access to food, shelter, clothing and education is becoming difficult, day in day out. The trend has seen young children along the coast engage in commercial sex during the tourism peak season between the months of October and March, the number is estimated at 15000 children daily. In return children who engage in commercial sex workers get paid in the form of monetary compensation or gifts.

The increase in sexual intercourse among teens has resulted in an increased demand for access to contraceptives. These include access to condoms, oral pills and injectables and demand to learn how to use these items as part of sexual education in school and at home. The demand can be attributed to the need to protect themselves from unwanted pregnancies and sexually transmitted infections.

The United Nations Population Fund defines child sexuality education as one that aims to equip children and young people with information, skills, values and attitudes that will enable them to develop a positive view of their sexuality in their context of social and emotional development. Sex education covers a range of topics from prevention of sexually transmitted infections and early pregnancy, reproduction, pregnancy and childbirth, culture and sexuality, HIV/Aids, family life and interpersonal relationships. A gap exists between the home and school. Parents expect their children to learn sex education in school while teachers expect children to learn about it at home. This has left most youth uninformed since the parties involved lack coherence in sexually educating teens.

The society has a role to play in bringing up children. The institutions involved include homes, churches and mosques, schools and hospitals. To save the younger generation there is a need for the societal stakeholders to come together and have a uniformed role and provide platforms where the young can access information and education adequately. This will ensure as our teens grow up the do not get caught up in culture and morality but they have adequate knowledge that will influence their decisions despite the peer pressure that follows them everywhere they go.

“Let us make future generations remember us as proud ancestors just as, today, we remember our forefathers.”~ Roh Moo-hyun

I am a researcher and mentor, passionate about the environment and sharing lifestyle and personal stories that will hopefully bring change, inspire and exploit hidden potentials. Read Full
More posts by the Author »